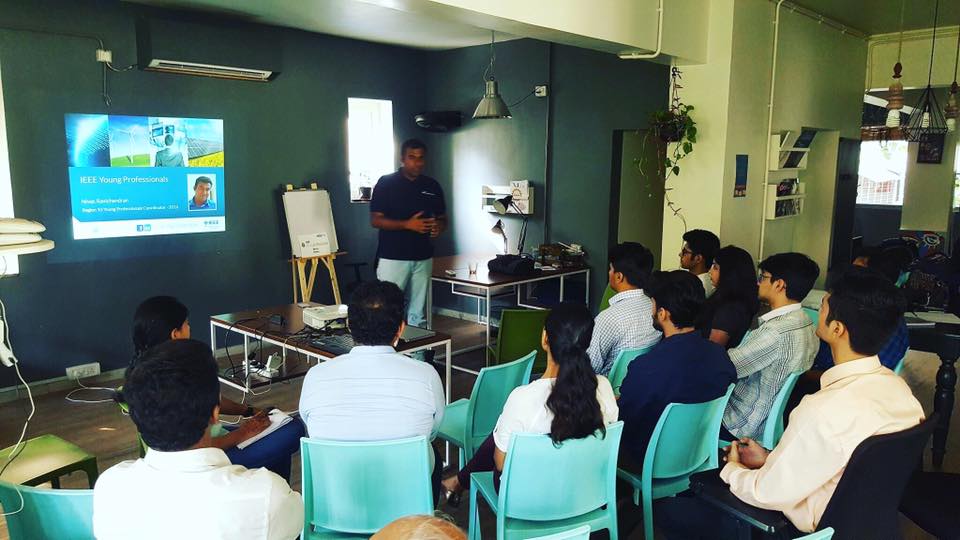 In the final session, the attendees were divided in four teams and asked to think of challenges which final year students, entry level or mid-career professionals face and come up with  solutions for the same. Following a time span of 25 minutes, each team was asked to present the challenges they thought of and their potential solutions. At the end, some of the  volunteers were assigned to different initiatives to ensure implementation of these proposed solutions .